Our first meeting of the new season was called to order at 7:00 p.m. by Treasurer Howard Hunter (President Colleen Green being absent with a new grandbaby – congratulations, Colleen!). Howard welcomed the 28 members present and introduced our guest speakers, award-winning Peterborough gardeners Dianne and Gary Westlake. 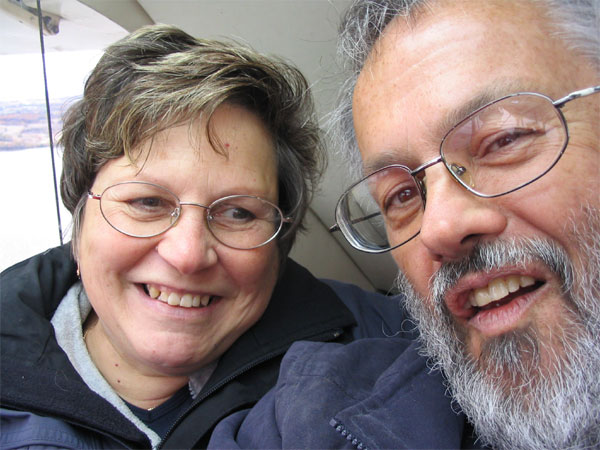 The Westlakes (http://www.dianneandgarywestlake.com/index.html) gave a very entertaining presentation on “Garden Art for Cheapskates”. They start from the premise that since all gardens have plants, it’s the man-made objects in each one that define its style and make it unique. You don’t need – and probably shouldn’t have – dozens of objects, but any garden can be enlivened by features like a gravel path, a fountain or pond, an arbor or a special gate. And you don’t need to spend a fortune: they showed how you can stack floor tiles to make a pillar, mold a statue in those Styrofoam shapes that come in packing cases, make trellises out of old pipes, cover rhubarb leaves with cement to create stepping stones, stencil a word or phrase onto a smooth rock. Bed frames, broken china or glass, disused bird baths, soap dishes and old flower pots can all be transformed into accents that will catch the eye, as well as being useful to your plants. Dianne and Gary illustrated their talk with lots of vivid slides, and finished by answering questions from the audience. 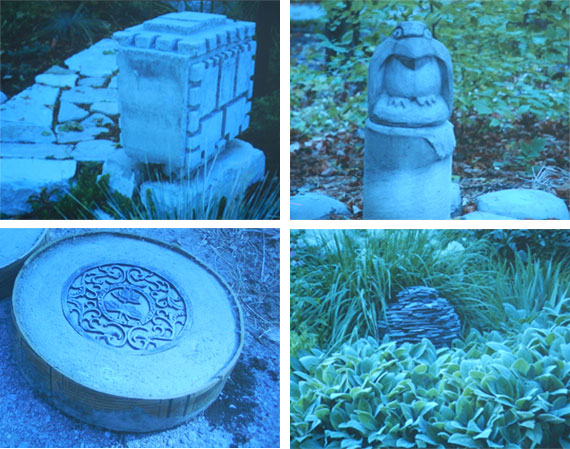 Howard distributed copies of a proposed amendment to the By-laws, and explained that it was worded by our insurance company to protect the members of the Board from being named in any lawsuits against the Society. Due notice having been given, the membership will be asked to vote on the proposed amendment at the AGM in November.

Also at the AGM, elections will be held to choose members of the Board. Several current members must be replaced as they have been in office as long as the Constitution allows. Howard urged members to consider volunteering.

The October meeting is the first of our new year, and members are asked to pay their dues for 2015-16 at that time. 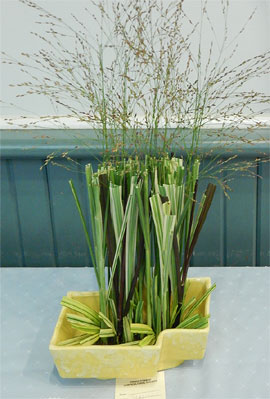 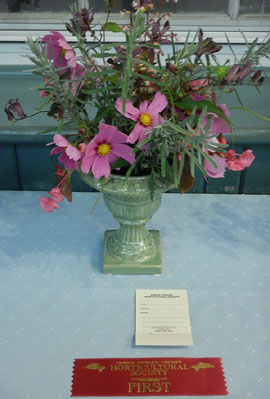